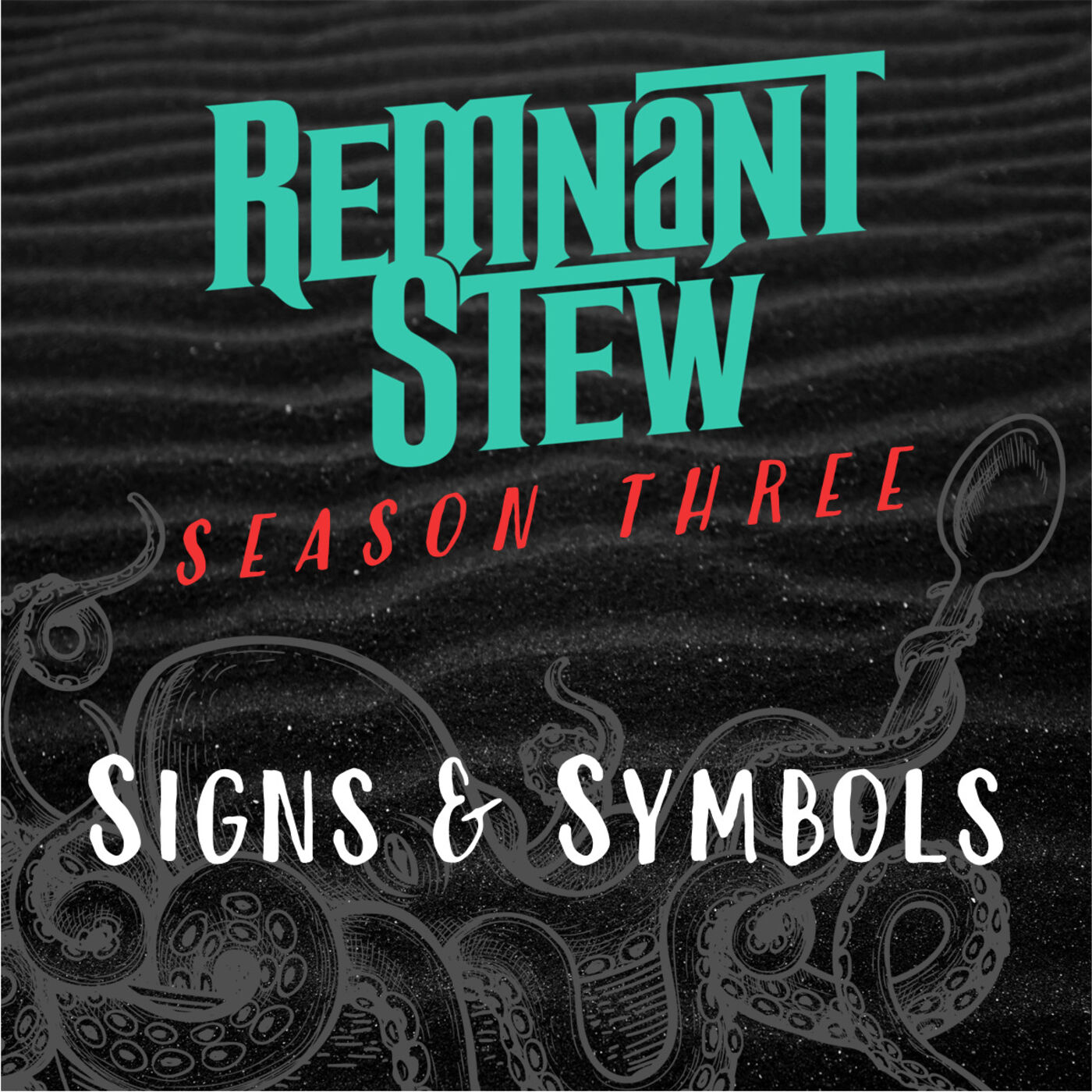 S3E14 | Whether we notice it or not we are surrounded by symbols that communicate to us an idea or a concept. Today we’ll be delving into the origin of some of the most recognizable symbols we encounter everyday.

[02:36] The Star of David – Theories of origin and evolution of the six-pointed star symbol and how it relates to the Jewish culture.

[07:52] The Swastika – Although the swastika has been associated with hatred and fear in the last century, its origins go way beyond that. We explore what the symbol means in modern religions and ancient civilizations.

[12:27] Barber Pole – How the red, white, and blue barber pole came to existence, what the colors symbolize, and some stories related to the symbol.

[18:09] Medical Prescriptions – Ever wondered why there's an 'RX' symbol in medical prescriptions? We explore the origins of this symbol, going back to ancient Egypt.

[22:37] The Caduceus – Also known as the Staff of Hermes, this symbol is often present in symbols of medical organizations. We dive into the mythological origins of the symbol and how it evolved into its modern form.

[28:08] ODJ: A Dirty Secret from Baseball – The origin story of the practice of rubbing balls in mud before a game of baseball.

[33:00] The Dollar Sign – Some of the theories that explain how the modern dollar sign became the symbol of currency that we know today.

[36:04] The Peace Sign – How the symbol created to stand against nuclear armament evolved into the globally adopted peace symbol.

[39:19] Skull & Crossbones – Origin stories of different versions of the skull symbol and what the symbol means in different contexts.

[43:31] Male & Female Symbols – The circles with a cross and arrow became representations of gender only in the last 300 years despite their roots that go way beyond that. We explore what these symbols meant in ancient civilizations.

[47:48] Fleur-de-lis – We explore the origins of this stylized lily symbol, going back to the era of Pope Leo XII and its modern usage in scouting organizations.

Episode researched, written, and hosted by Leah Lamp and Dr. Steven Meeker with copious amounts of support and help by Judy Meeker. Audio produced by Philip Sinquefield, music is by Kevin MacLeod with voiceover by Morgan Hughes.

Resources Mentioned in the Episode

The Bloodletter's Daughter: A Novel of Old Bohemia by Linda Lafferty
goodreads.com/book/show/15096257-the-bloodletter-s-daughter

The Fleur-de-lis and Its Meanings and Uses
familysearch.org/en/blog/fleur-de-lis-symbolism-and-meaning