You suspect your business partner of skimming money off the books, converting it to gold and keeping it locked in a safe in his office. Can you figure out the combination to the safe? 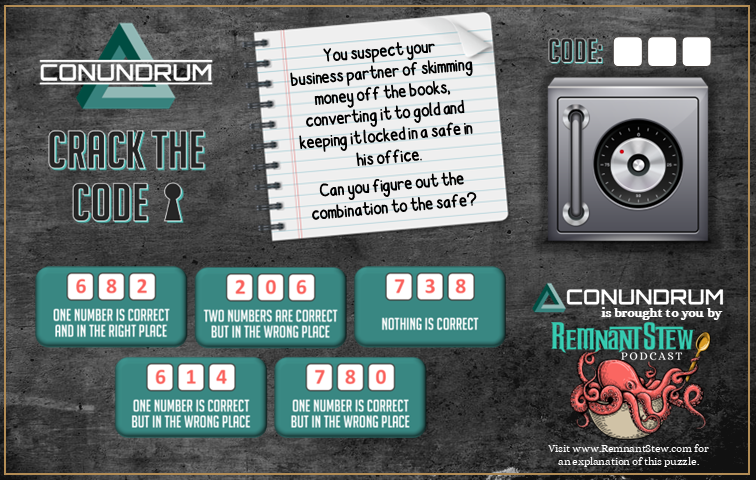 SOLUTION: To figure out the three-digit code let’s make a graph of the possibilities. Notice there are no 5s or 9s because they aren’t mentioned in the clues. 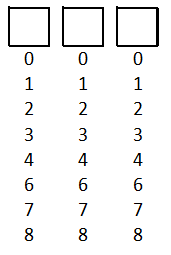 Starting with the [7 3 8] CLUE, we know that those numbers are all incorrect so we can cross out those digits from all three columns. 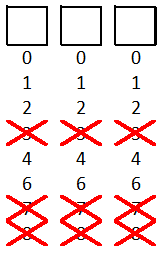 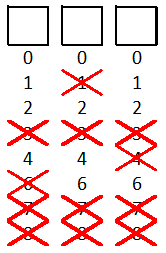 The exact same goes for the [7 8 0] CLUE with digits 7 and 8 already crossed out, we can know that 0 is not the third number of the code. 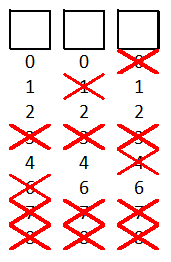 With the [6 8 2] CLUE we know that one of the numbers is in the correct place. It could not be the 6 for the first number or the 8 for the second number since they are already eliminated so it must be the 2 as the third number in the code and eliminate all the other numbers in the third column.

From that same clue we know that since just one number is correct then we can eliminate all 6s and all 8s. The 8s have already been eliminated. 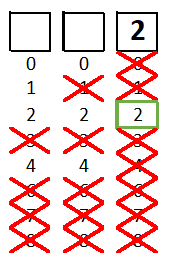 With the [2 0 6] CLUE we know that two of the numbers are correct but in the wrong place so we can go ahead and cross out 2 for the first number and 0 as the second number. We already know that 2 is one of the correct numbers.

Since the 6 is eliminated completely then it must be the first instance and 0 is the first digit in the code with all others numbers in that column eliminated. We are left with just two possibilities for the second number. 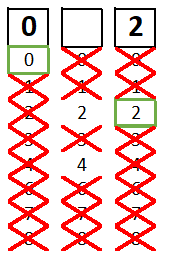 With the [6 1 4] CLUE we know one of the numbers is correct yet wrongly placed. Since all 6s and 1s are eliminated it must be that 4 goes in the second place of the code. 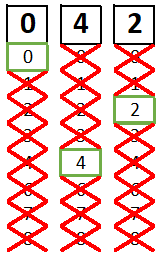 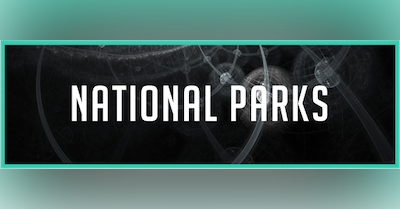 The United States is a huge country covering almost 4 million square miles. While a lot of our land is densely populated, we have some beautifully wild a… 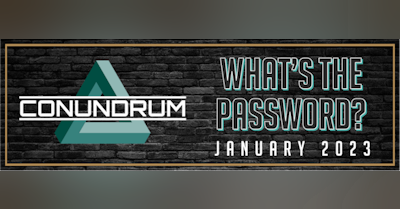